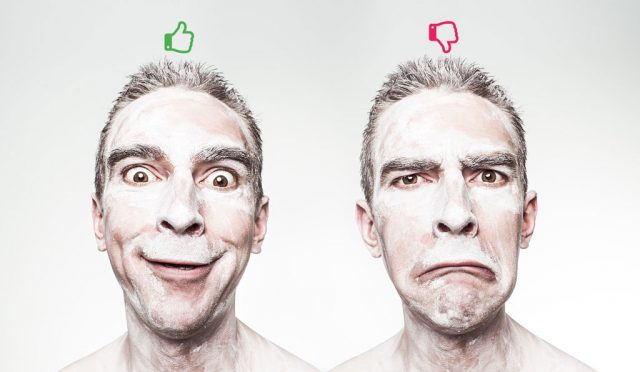 Social networking sites, such as Facebook and Twitter, are used by 1 in 4 people worldwide. It might seem harmless to spend hours each day on social media sites but slowly and surely it takes you down into a deep dark valley of loneliness and misery. Read on to find out the health risks of social networking.

There has been many studies, led by leading medical journals, universities and well know psychiatrists, that suggest that using sites like Facebook makes us miserable and increase our feeling of inadequacy and anxiety.

There are two primary reasons people are motivated to use Facebook: a need to belong and a need for self-presentation.

A University of Michigan study found that subjects felt sadder after going on Facebook, and that over time, they felt unhappier with their lives in general.

In 2011 , a global study found that turning off mobile phones, avoiding the internet and tuning out of the television and radio can leave people suffering from symptoms similar to those seen in drug addicts trying to go “cold turkey”.Scientists asked volunteers from 12 universities around the world to stay away from computers, mobile phones, iPods, television and radio for 24 hours.

They found that the participants began to develop symptoms typically seen in smokers attempting to give up. The majority of those who enrolled in the study failed to last the full 24 hours without demanding their gadgets back.

Think about your reactions in the following situations:

In the first situation your self-esteem goes for a toss and in the second you start to compare your life with that of your friend. You start to perceive yourself as inferior to the other.

The third is the worst, “no one is paying attention to me?”, “am I not important enough?”, “don’t I matter in people’s life?”, “is there something wrong with my picture?”

Remember, these health risks and effects have been researched or surveyed by leading medical journals, universities or organizations and are not my personal viewpoints. The respective researches are linked within the paragraphs.

24 percent of people surveyed in a recent poll said that they had missed witnessing important moments because they were too busy writing about them on social channels. Almost 2 in 5 people spend more time socialising online than they do face-to-face.

According to Dr. Shannon M. Rauch, of Benedictine University at Mesa, Arizona, United States, one of the main reasons we use social media is for self-distraction and boredom relief.

“For those who post status updates, the reinforcements keep coming in the form of supportive comments and ‘likes.’ And of course we know that behaviors that are consistently reinforced will be repeated, so it becomes hard for a person who has developed this habit to simply stop.”

Researchers have found that people who are more anxious and socially insecure are more likely to use the social networking site.

The pressure to be always ‘on’ is overwhelming. We feel we need to be available for our “friends” 24/7. And then there’s that FOMO ( Fear of Missing Out ), a sense of fear about missing conversations, messages and important events.

Internet Addiction Disorder (IAD), yes that’s a real , medically accepted disorder now, which affects over 8 percent of the population, is characterized by “repetitive, compulsive, and uncontrolled use” of the Internet.

27{c478bb159a3ffd2cf9a0d465504fe257d274e4492c7996716987ec7dff1da5ed} of survey participants admit to using Facebook even in the bathroom. And considering how many of us hide embarrassing stuff, it can be safely assumed that in reality this percentage is much higher!

3. Social media makes us compare our life with others

Posts on social media many times present an idealized version of what’s happening, what something looks like, or how things are going. This can lead users to constantly compare themselves to others and think less of their own lives.

If you have ever felt any of these, you know what I am talking about; wish I had a girlfriend/boyfreind like that; wish my parents were also that cool; wish I had nice things like her; her life looks perfect, but mine?!

There’s no correlation between heart disease, diabetes and social media as such, but the problem is the amount of time we spend in front of our computers or on our smartphones and our level of stress.

66 percent of respondents of a survey have reported they have difficulty relaxing or sleeping after being on social networks.

One study found that high levels of Facebook usage were associated with negative relationship outcomes like cheating and break-up. Such negative outcomes are generally the result of Facebook-related conflicts like contacting an ex-partner and constant partner monitoring.

In fact, those who show obsessive signs of Facebook use, such as interruptions in their daily lives by thoughts regarding Facebook, experience much greater levels of jealousy and relationship dissatisfaction. As with jealousy, Facebook may not directly cause problems in your relationship, but it can add fuel to fire.

The true secret of happiness lies in taking a genuine interest in all the details of daily life. – William Morris

There are always two sides of a coin. There are positive aspects too as many use social platforms to keep in touch with friends living far away, share good news. It helps shy and lonely people make new friends and boosts their confidence.

So my advice, don’t take it too far. Everything in moderation is good. Make sure you are not spending more than half an hour on the social channels.

Logout of your facebooks and twitters and login in nature. Look at the beautiful trees outside your window, listen to the sweet music of birds in the morning, take in the earthy smell of wet soil after rain, smile and laugh with your children.

Get more involved in our basic nature and less in the man-made synthetic feelings. Don’t be lonely but try to be alone.

This is me logging out now, I suggest you do the same!!

Our newsletters are personalized to your reading habits so your updates will get even better with time.

Get the practical information you need to live better and healthier and promotional offers on Ayurvedic Products, E-books and much more!

Why Does My Life Feel Empty?

Do You Have a Passion for WRITING?

Write For Us and Enjoy Exclusive Benefits

Position of Acne Can Reveal Your Health Status

February 18, 2015
© AyurvedaMedicare.com
We use cookies to ensure that we give you the best experience on our website. If you continue to use this site we will assume that you are happy with it.OkPrivacy policy