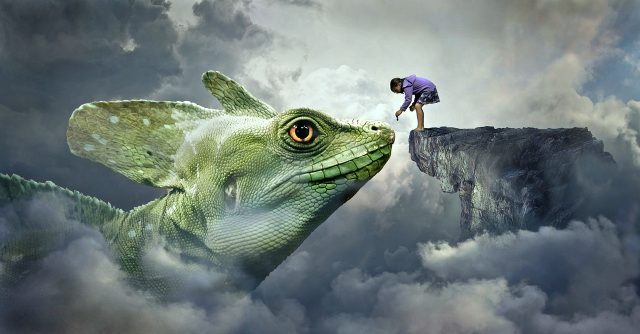 Have you ever wondered what’s the meaning of your dreams? How do you dream and where this information comes from? Everything you see in your dreams is connected to you, your life, people in your life and your environment. They reflect who we are, and what we need and what we believe in.

Every individual will have around five dream episodes every night that can last anywhere between 15 and 40 minutes.

Most dreams represent recent thoughts especially from the day before as we think over feelings and events which have just occurred. We will understand the meaning of dreams by understanding the feeling and using example dreams.

We will try to interpret and analyse the 5 most common dreams that might help you gain awareness and understanding.

1Feeling powerless in your dreams

A dream where you feel “powerless” may mean that “powerless” features in your thoughts right now.

I dreamed I was driving coming down a side street next to a 2 lane highway where there was construction and due to the rain it was very cold and icy. A car ahead of me was speeding and as it tried to merge a bus clipped it, sending it spinning where it ended up sinking in a pond next to the highway. I jumped out of my car and ran to assist. There were four people in the car, and as it was sinking I was only able to save the girl and guy in the back seat. I woke up with tears in my eyes.

This dream about drowning was linked to the dreamer feeling overwhelmed in real life due to being unemployed. He had been living off saving for a year and his wife told him plainly when the money is gone she will be gone with his two girls back to Japan.

Situations and their meanings:

2Feeling angry in your dreams

Quite often anger dreams link to repressed anger. There might have been an incident the day before where you really wanted to express anger yet could not. So the dream may act as an outlet for anger you cannot express.

I dreamed about my best friend and I had this absolute urgent need to stop him from doing something. As he turned away from me, all of a sudden, I looked down and saw a very large, heavy, shiny gun. I panicked, and I shot him twice in the back. I specifically remember thinking in my dream that I had to be careful not to hit any major organs. I didn’t want him to die, or even to hurt him. I just needed him to stop whatever he was about to do. In my dream I actually hit my mark twice and somehow did no discernible damage. Yes, there were bullet holes, but he didn’t even bleed, and it only slowed him down slightly. He was hurt that I did this, but he didn’t get especially angry though. He laid on the couch with me on top of him, apologizing.

The previous day she needed and wished to be more assertive with him. However, he was stubborn and refused.

Dreams go right to the heart of the issues which dominate our minds. If you have anger then its likely that the dream explores how you are dealing with it.

3Feeling pain in your dreams

I was in some type of hospital. At one point I had to pass this woman. I had to squeeze past her and in doing so this caused huge pain. I found out that she was suffering huge pain from cancer. I felt that I should be sympathetic towards her despite or differences. I ‘knew’ in the dream that she was my ex wife or girlfriend. When I squeezed past her I would be touching her.

The day before this dream the dreamer had had just had a real problem with a friend who had stormed off for virtually no reason. The dreamer was particularly worrying about the next time they would meet and how awkward this would now be. The dream was a metaphor for this exact feeling. The pain which the cancer sufferer feels represented his friends emotional pain the next time they would meet.

4Meaning of death in your dreams

Dreams will focus on things that are important to you right now. In many cases they will be symbolic representations of the very issues you wake up thinking about. It depends what your mind is focusing on. If you think a lot about work then it could be about that. Try to isolate the issues you are thinking about and interpret a dream in that way. Look for evidence in the symbols of the things dominating your mind.

Death may link to a situation that has just ended in your life or change or transition such as leaving a job. If a friend dies then it may simply mean that the friendship has been allowed to die and is now not as important.

Death can also link to things that you cannot do now and limitations placed upon you. So overall look for changes and transitions in your life and your fears associated with them. Often your fears associated with this symbol are misplaced – the dream may simply mean that some very interesting TV show has just ended and you are having to fill the hole.

I’m in a small, wooden planked, dimly lit room with a friend of mine. There is a small square window on the wall opposite me. In the middle of the room there sits a fire extinguisher. There is no fire, for some reason I know I must use it. But before I used it, I need to add a chemical inside the extinguisher. Then I use it, but it shows no sign of being used. The only way I can tell that I did anything was by how dizzy I was getting and by how strange the room began to look. Then I open the door so my friend and I can get out of the fume filled room and I gain the knowledge that people use the same chemical I used in fire extinguishers in order to commit suicide. I was shocked at this information. And then I moved on.

The night the dreamer had this dream she had a fight with her boyfriend. She subconsciously feared that he might leave her. She thought afterwards that she was being a bit “dizzy” and silly. That she had accused him of using her. These are all things that she regretted and realized that she was not seeing things clearly.

5Meaning of sex in your dreams

Sex in dreams often links to something that is been seen or portrayed as attractive and pleasurable.

I had a dream that my husband and I went on a trip and there was a woman that just went to him and started kissing him. He looked so happy and enjoyed kissing her and I thought “what the hell, I will let him enjoy it for a while, he looks happy” and I went out on the porch. Then waited there for few minutes and then I thought: “well he is probably done kissing her”, but when I went inside he wasn’t there. Then I was mad and I thought :”that idiot, now he is going to have sex with her”. Why did I let him kiss her. Then I woke up while I was looking for him.

The night before the dream the dreamer took her husband out to dinner for his birthday. He looked so happy and enjoyed the food, ate more than he should and was uncomfortable later. Usually the dreamer tries to remind him not to eat too much but that night she thought, “he looks so happy and enjoying the food I will let him eat as much as he wants and whatever he wants”. 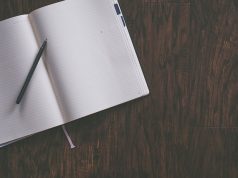 Why Does My Life Feel Empty? 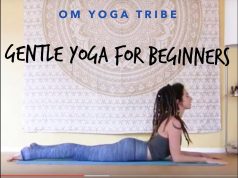 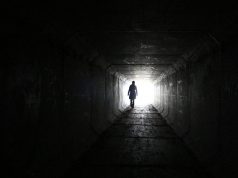 People Reveal What Happened To Them When They Nearly Died 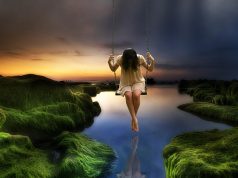 How to Deal with Depression From The Spiritual Point of View 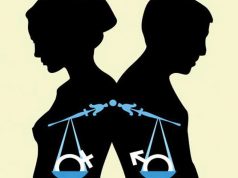 Mirror, Mirror On The Wall, Show Me Why I Always Fall 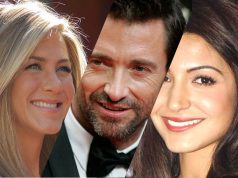 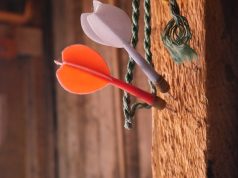 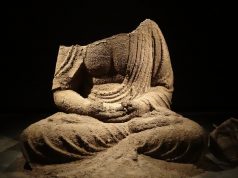 Visualize Yourself Without The Head 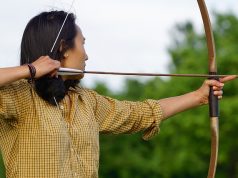 How Yoga and Archery Can Help You Beat Stress and Insomnia

Choose Your Energy Food for the Day

5 Tips to Make a Perfect and Healthy Curd (Dahi) at...

5 Illnesses That Can Be Cured with Ayurvedic Treatment

Clear Your Stuffy Nose in Seconds Using Your Fingers